In this week’s Wild Statia we take a closer look at how research of all kinds is bringing the story of Statian—and Caribbean—wildlife into focus.

Anyone with an interest in Statia and its wildlife is in for a real treat: a free ebook—Wild Statia—was just released by naturalists Hannah Madden and Mark Yokoyama. The 55-page book is illustrated with captivating photos taken by the authors.

The book’s fifteen chapters each take a closer look at a unique aspect of Statia’s wildlife, from majestic tropicbirds to extraordinary nocturnal insects, and all the lizards in between. Readers will also discover more about the habitats that support wildlife and the work being done to understand and protect natural heritage. The format of the book emphasizes the fascinating stories that are often left unexplored by scientific publications.

Madden and Yokoyama will be in the field this week doing research for their upcoming guide to the wildlife of Statia, which will be the first book of its type for the island. The authors aim to complete the wildlife guide in 2016. This project is managed by the non-profit association Les Fruits de Mer, with support from the St. Eustatius Tourism Development Foundation and funding from NuStar Terminals, N.V..

In addition to documenting the animals themselves, the authors are excited to learn about wildlife from the people of Statia. According to Yokoyama, “One thing that you will notice in Wild Statia is a passion for connecting natural history with human culture—the names given to animals, the stories told about them and the ways that we have impacted nature over time. If you have any information about wildlife on Statia, we’d love to hear it.” Stories, info and names for Statian wildlife can be shared by sending them to info@lesfruitsdemer.com.

Many of the chapters are adapted from articles in Yokoyama’s ongoing Wild Statia series in the Weekender section of The Daily Herald. The ebook can be downloaded for free on our Extras page.

We’ve finally uploaded the photos from the April trip to Flickr, you can check out some new wildlife images here. We’ve also sorted the images by type of animal and posted some albums featuring Landscapes, History and Culture and Underwater images, so be sure to stop by the Statia Wildlife Flickr page to see them! 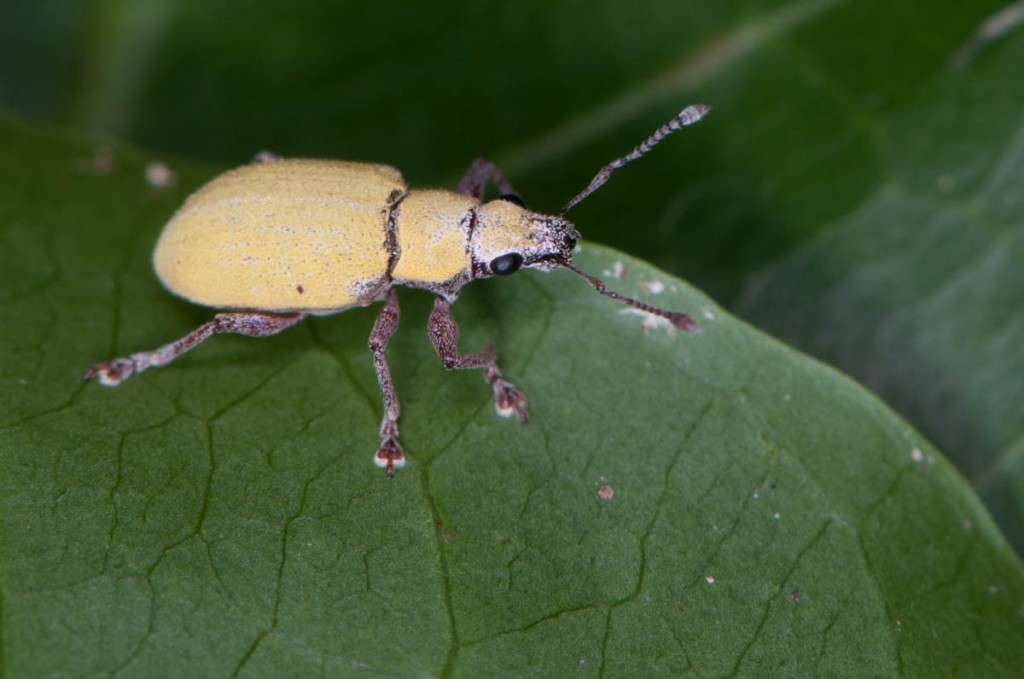 They’re the animals that make an island special! With a limited range—often encompassing just a handful of islands—the regional endemics found on Statia are the most precious part of the island’s natural heritage. Learn more about them in Wild Statia. 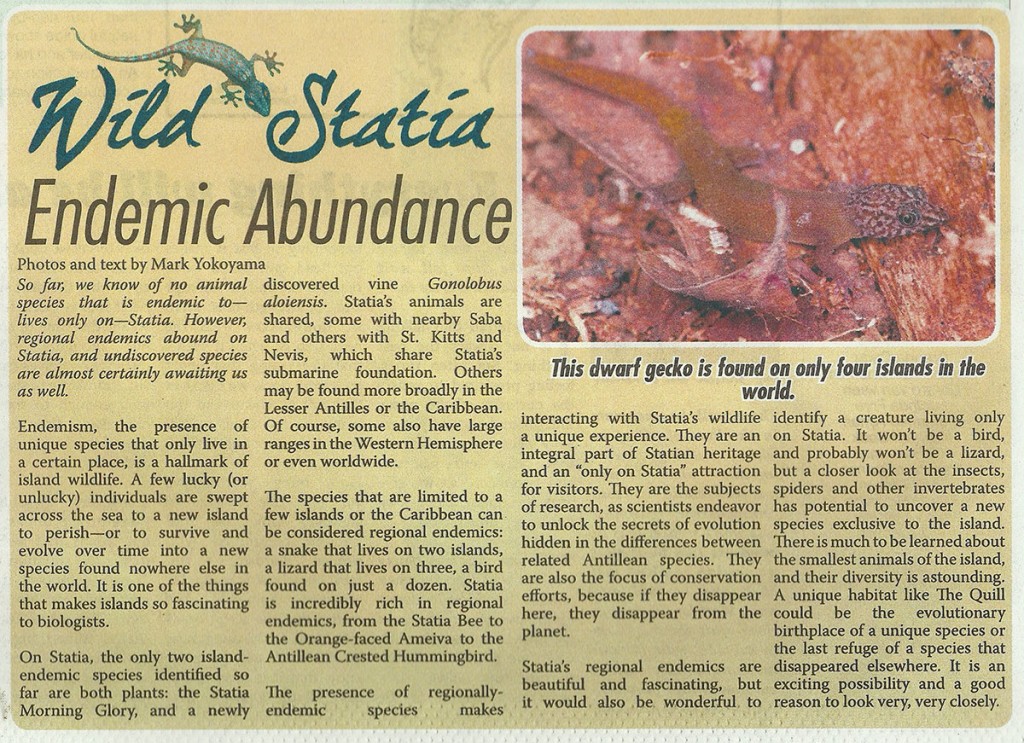 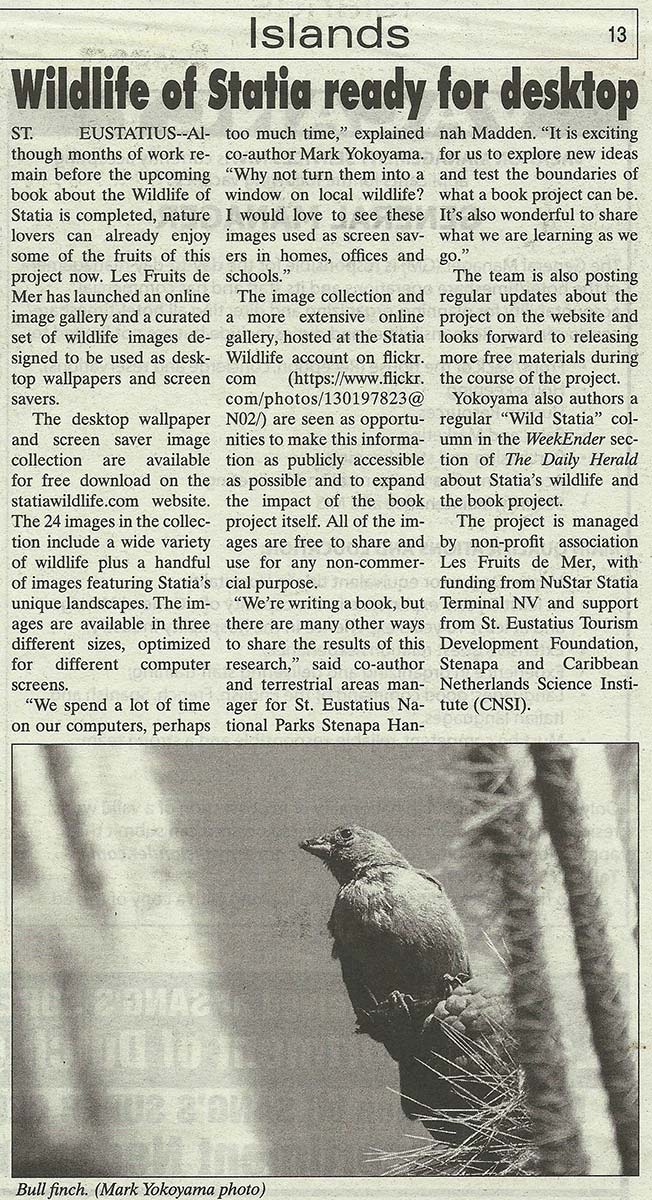 Although months of work remain before the upcoming book about the Wildlife of Statia is completed, wildlife lovers can enjoy some of the fruits of this project today. Les Fruits de Mer has launched an online image gallery and a curated set of wildlife images designed to be used as desktop wallpapers and screen savers. Both are free to access and can be found at the project’s website: statiawildlife.com.

The desktop wallpaper and screen saver image collection is available for free download in the Extras section of the site. The 24 images in the collection include a wide variety of wildlife plus a handful of images featuring Statia’s unique landscapes. The images are available in three different sizes, optimized for different computer screens.

“We spend a lot of time on our computers—perhaps too much time,” explains co-author Mark Yokoyama. “Why not turn them into a window on local wildlife? I would love to see these images used as screen savers in homes, offices and schools.”

The image collection and a more extensive online gallery, hosted at the Statia Wildlife account on flickr.com are seen as opportunities to make this valuable information as publicly accessible as possible, and to expand the impact of the book project itself. All of the images are free to share and use for any non-commercial purposes.

“We’re writing a book, but there are many other ways to share the results of this research,” says Hannah Madden, co-author and Terrestrial Areas Manager for St. Eustatius National Parks (STENAPA). “It is exciting for us to explore new ideas and test the boundaries of what a book project can be. It’s also wonderful to share what we are learning as we go.”

The team is also posting regular updates about the project on statiawildlife.com and looks forward to releasing more free materials during the course of the project. Mark Yokoyama also authors a regular column—Wild Statia—in the Weekender section of St. Maarten’s Daily Herald about Statia’s wildlife and the book project.

The book project is managed by the non-profit association Les Fruits de Mer, with funding from NuStar Terminals, N.V. and support from the St. Eustatius Tourism Development Foundation, STENAPA and the Caribbean Netherlands Science Institute (CNSI). 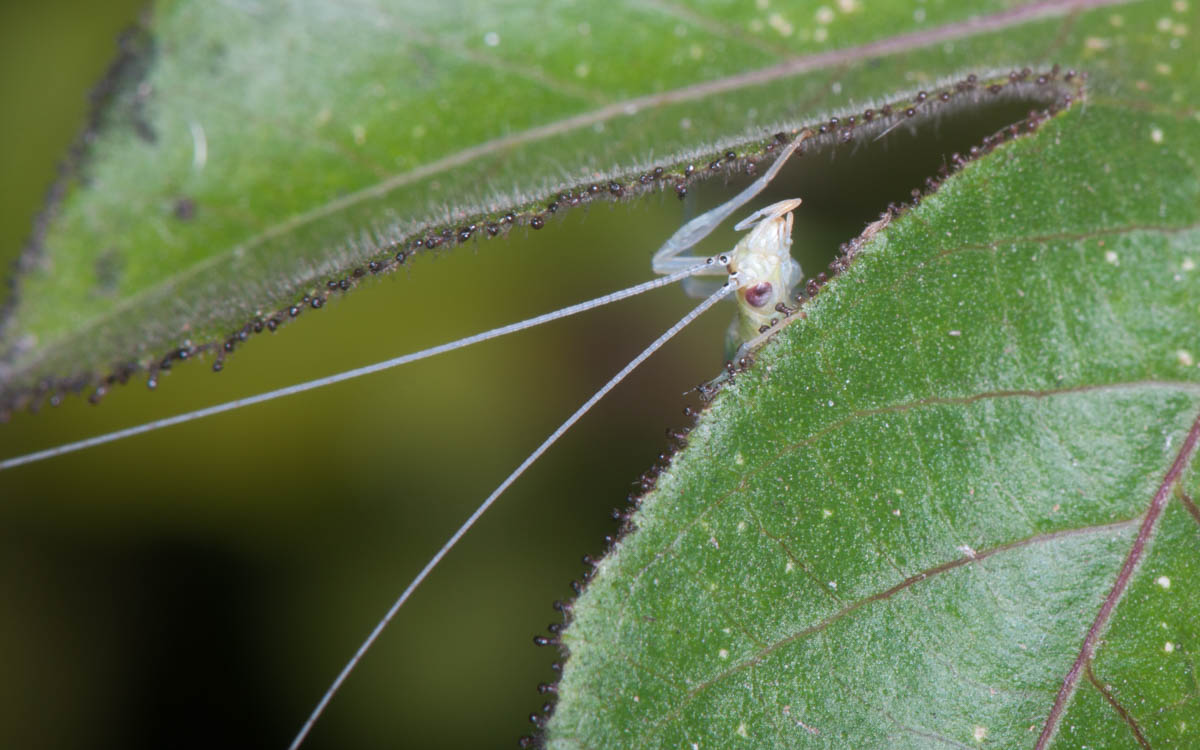 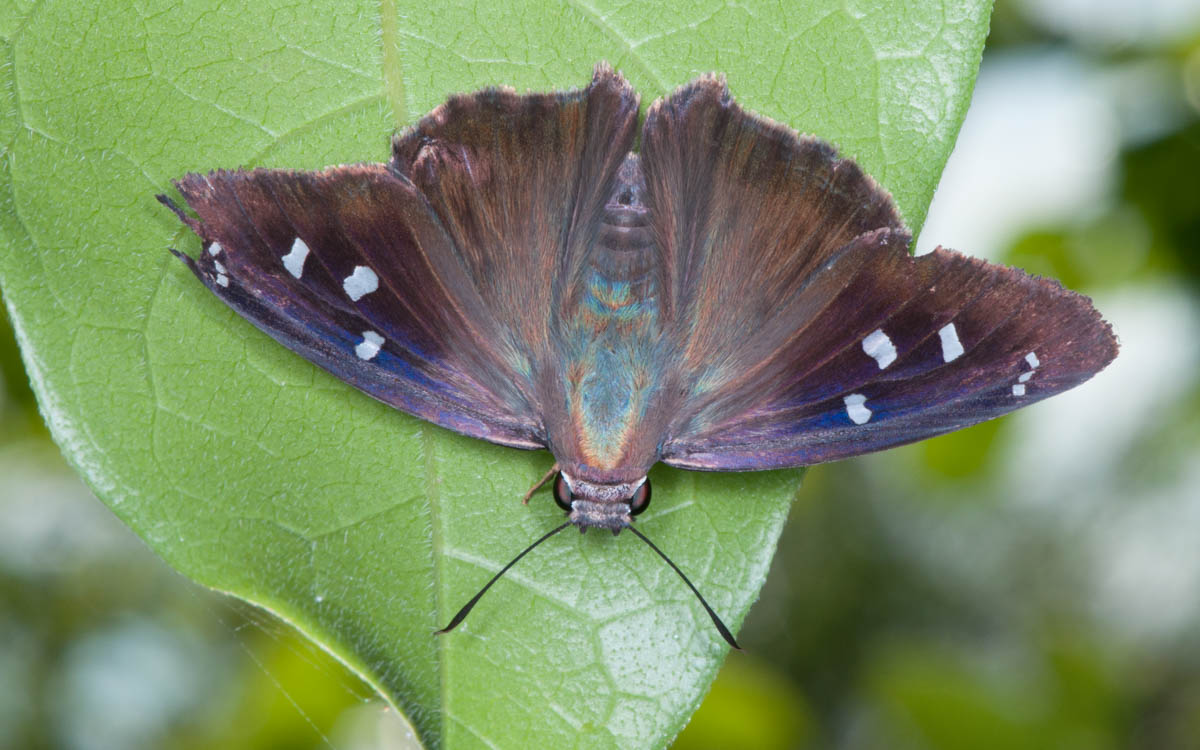 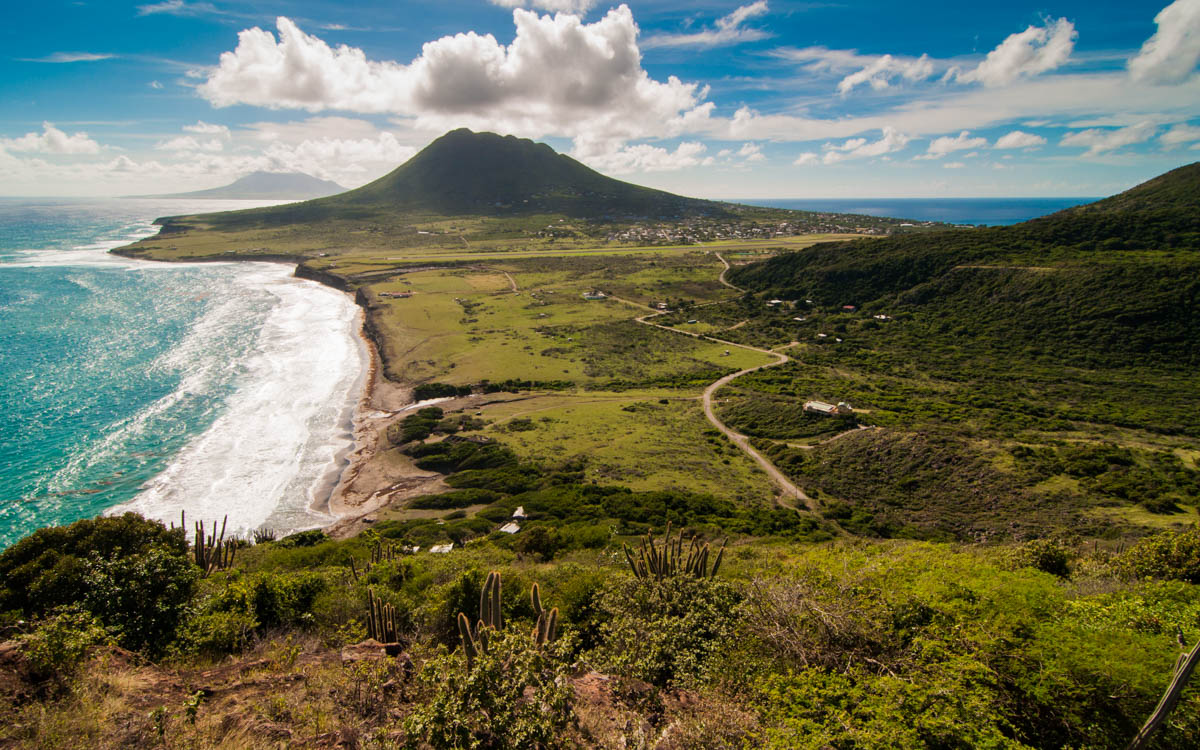 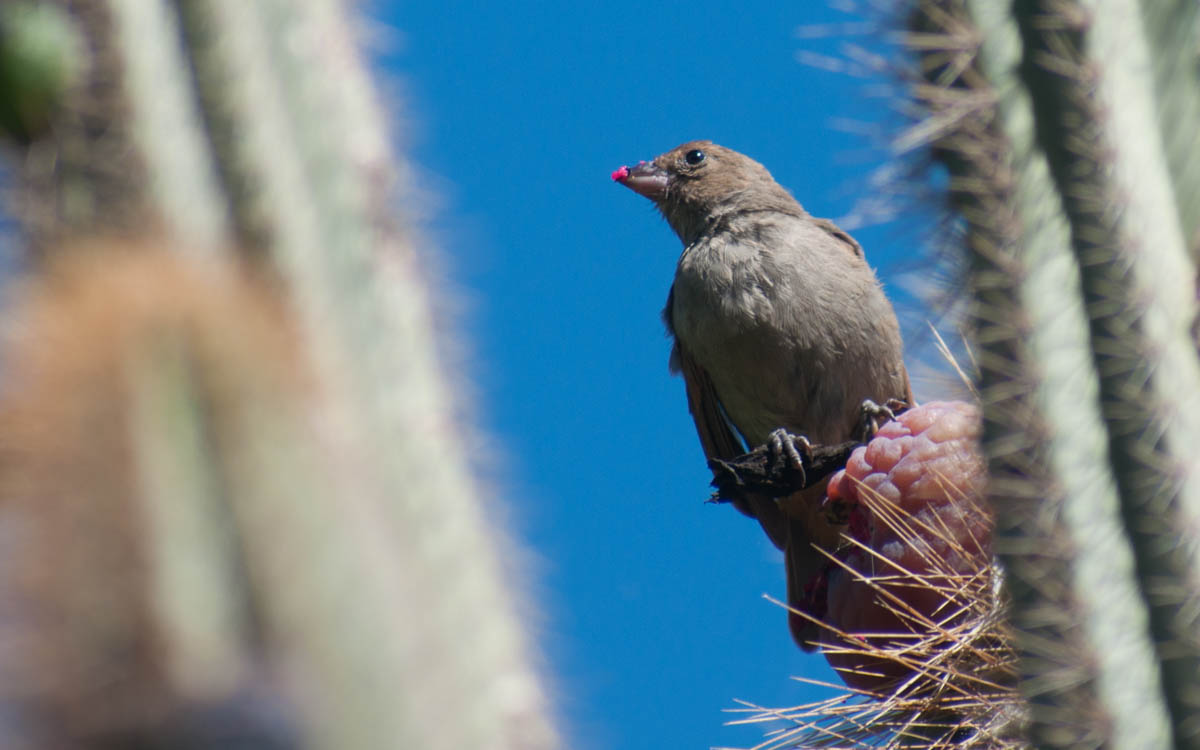 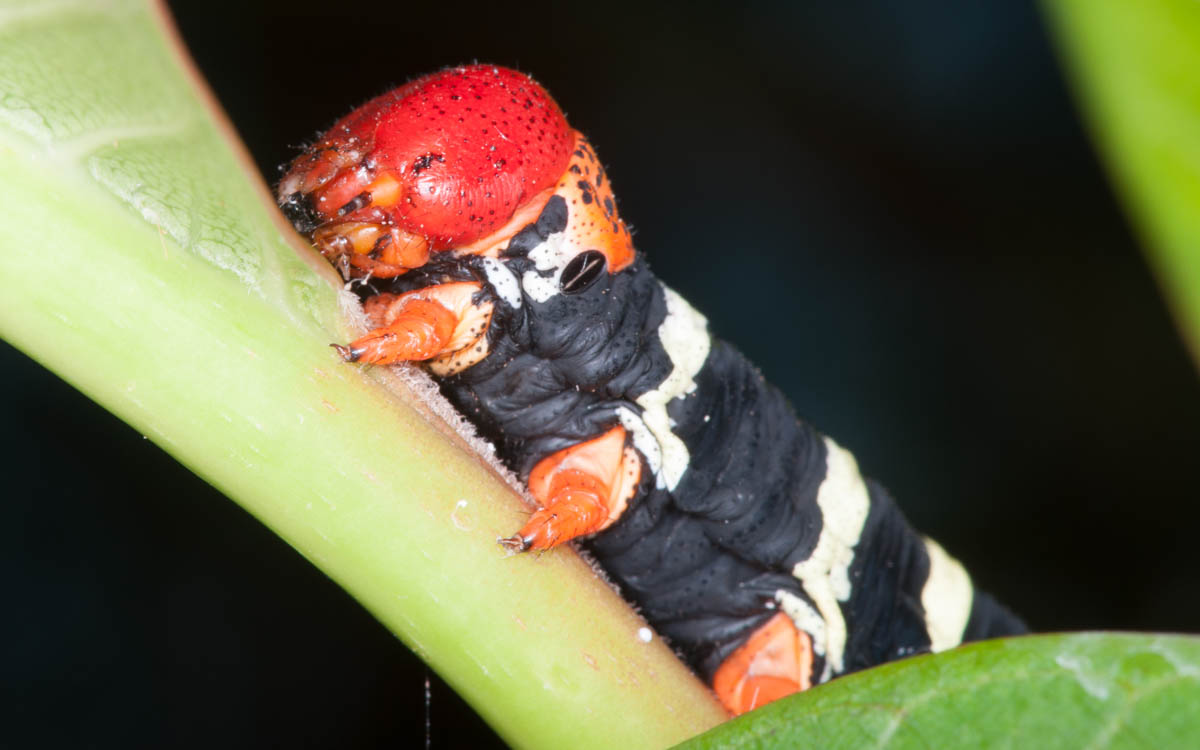 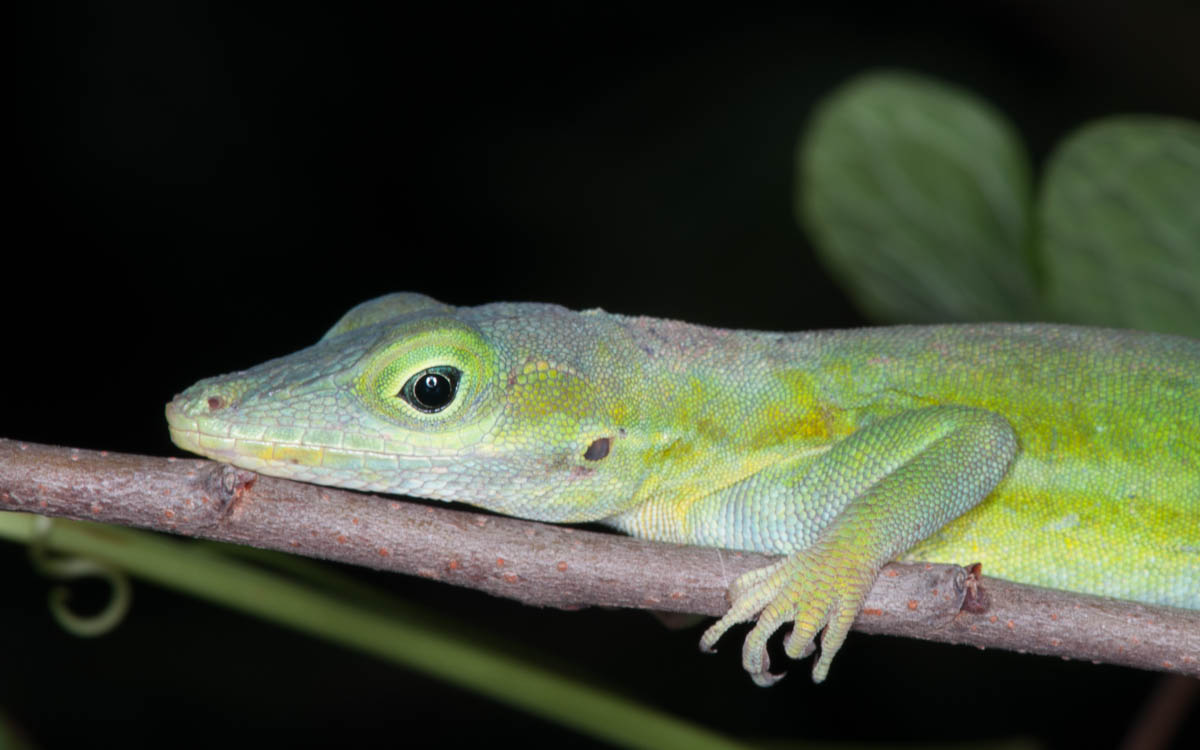 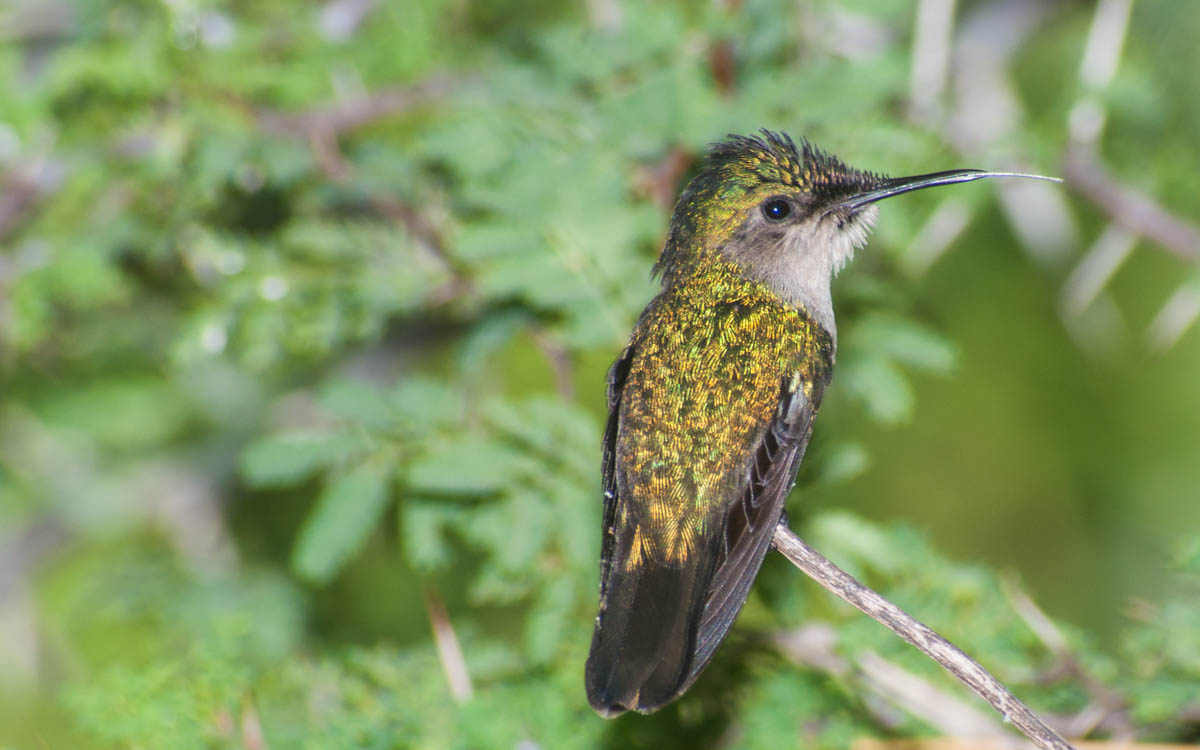 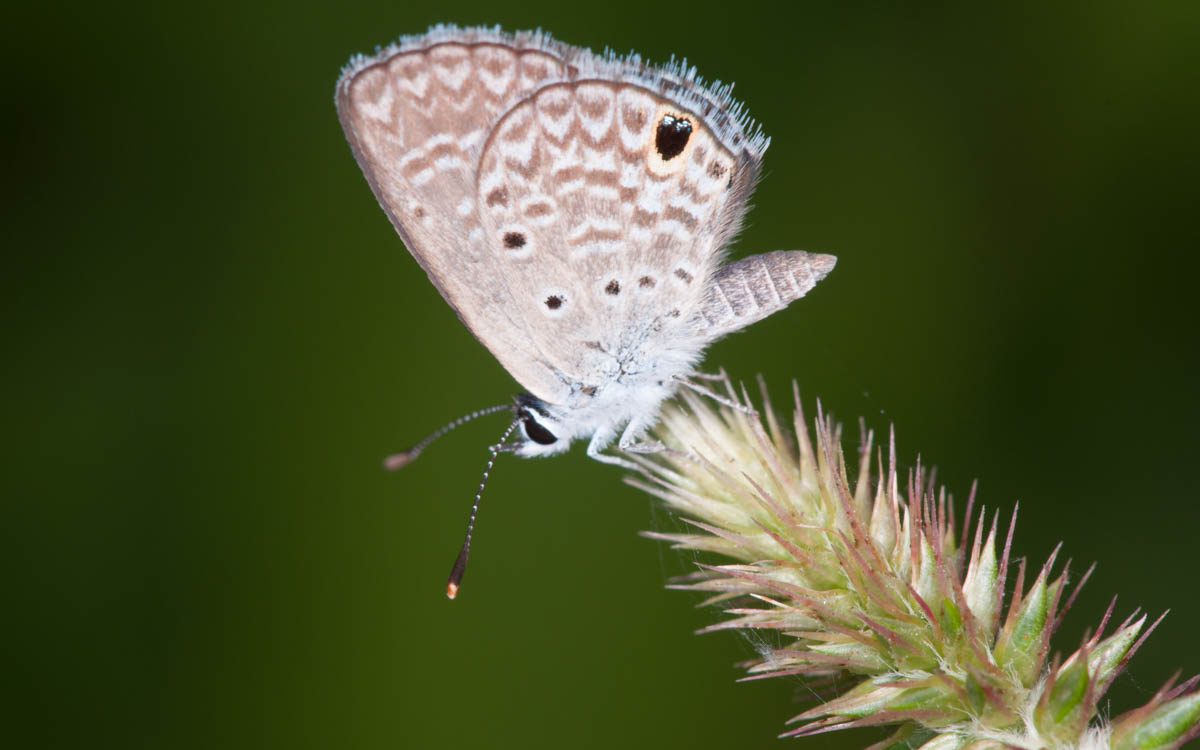 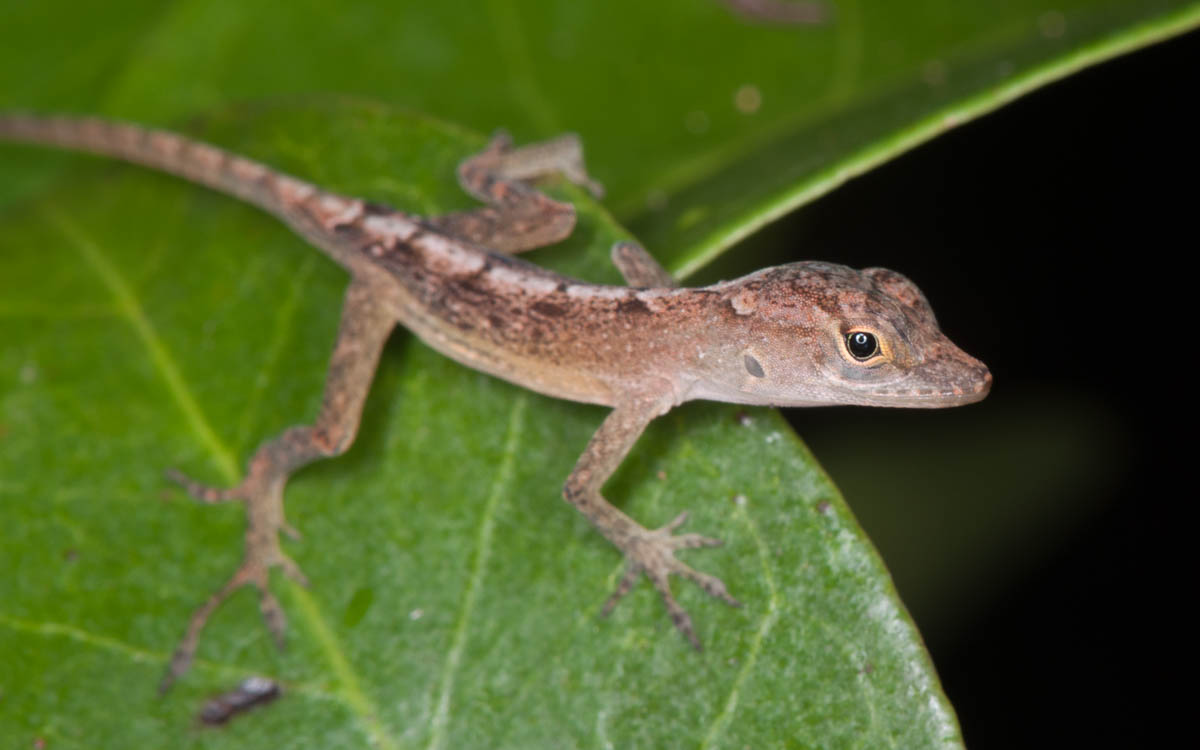 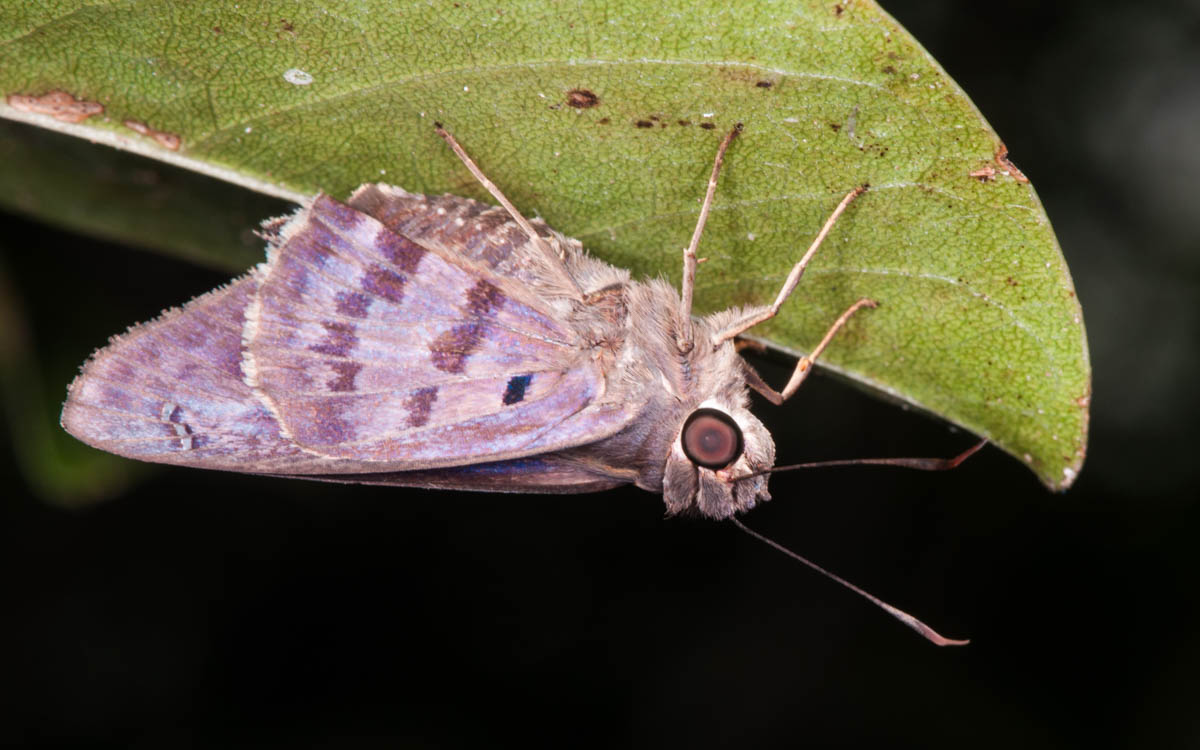 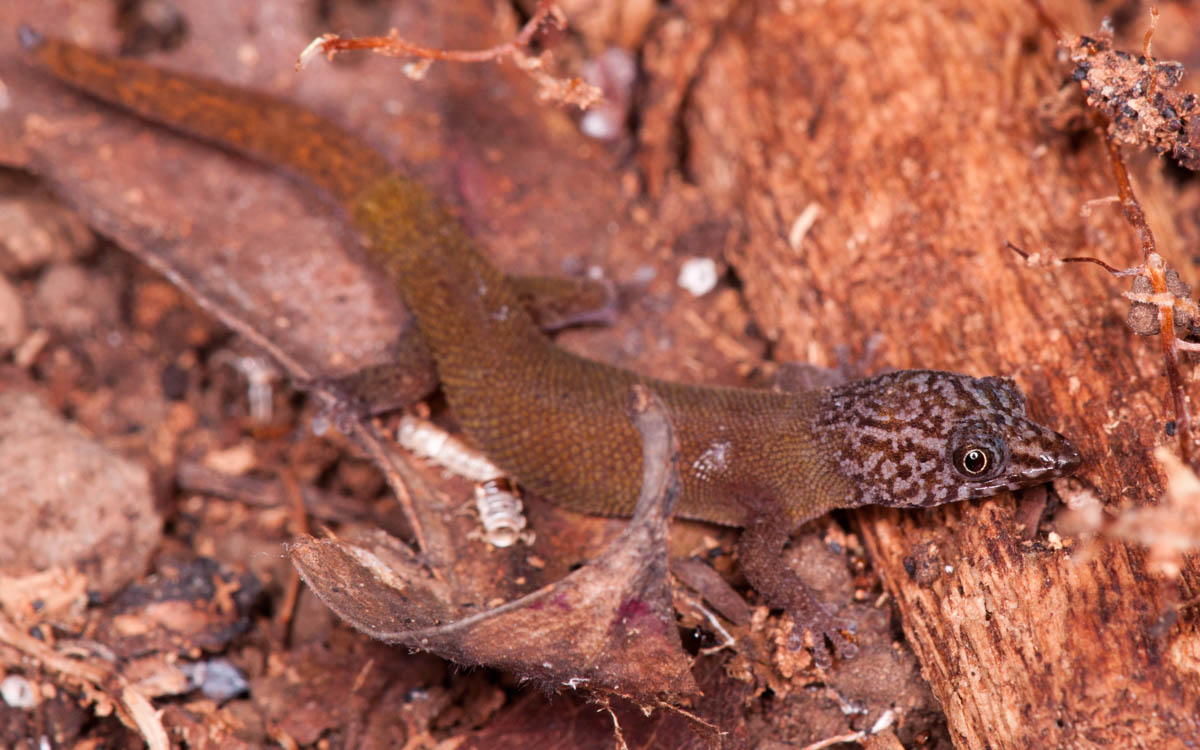 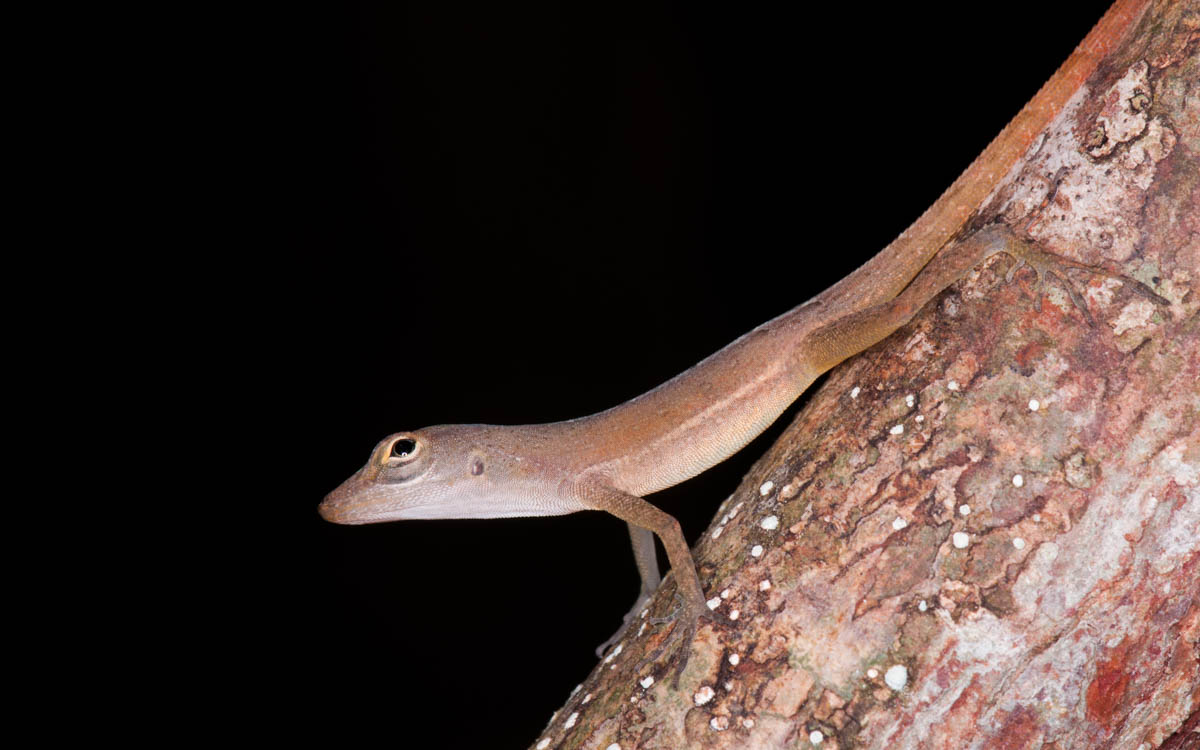 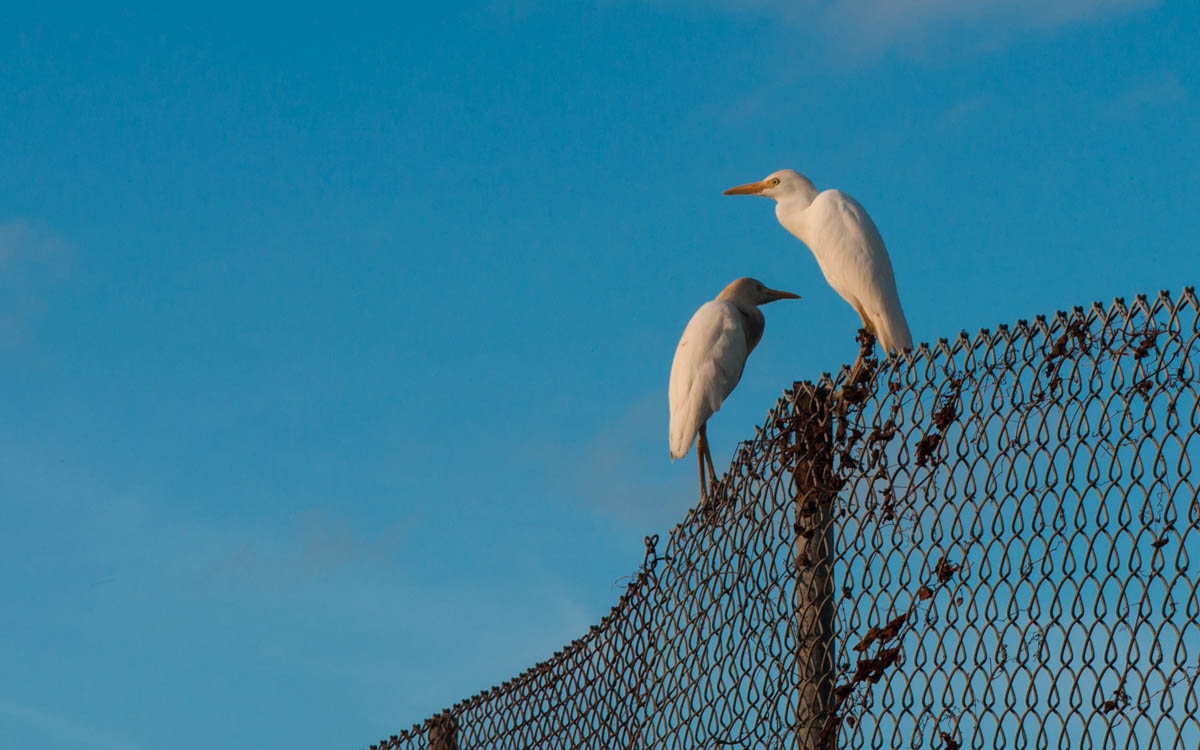 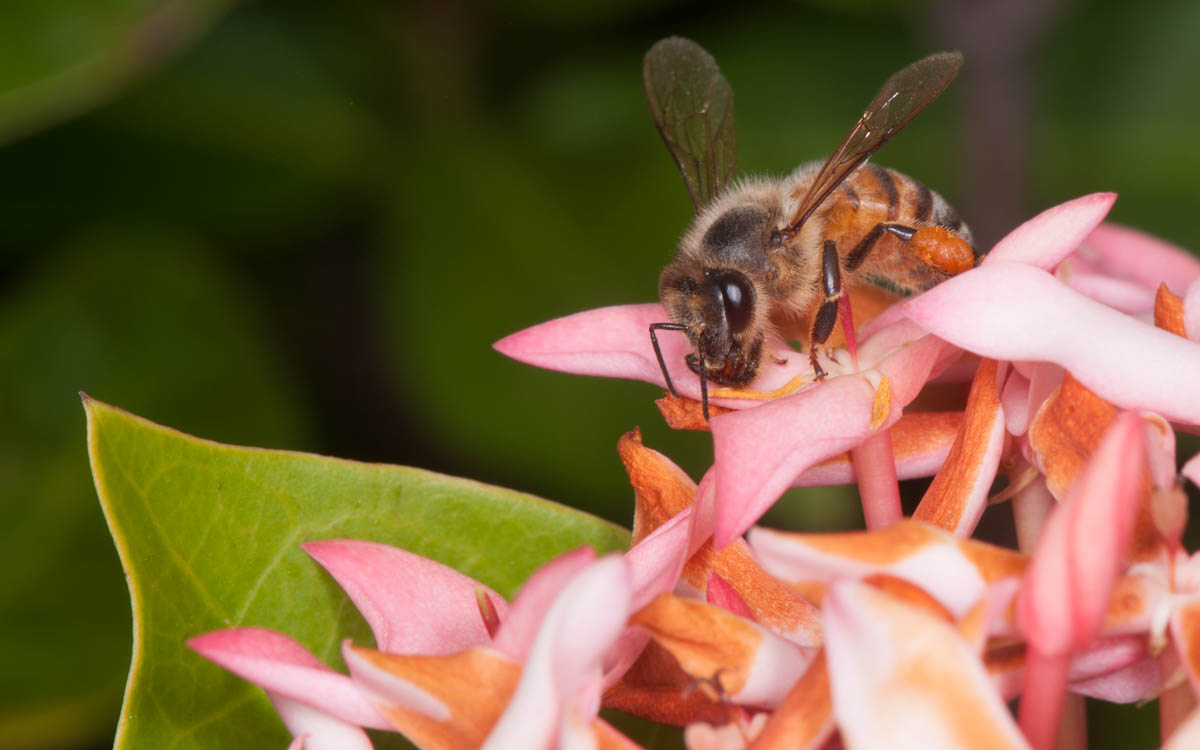 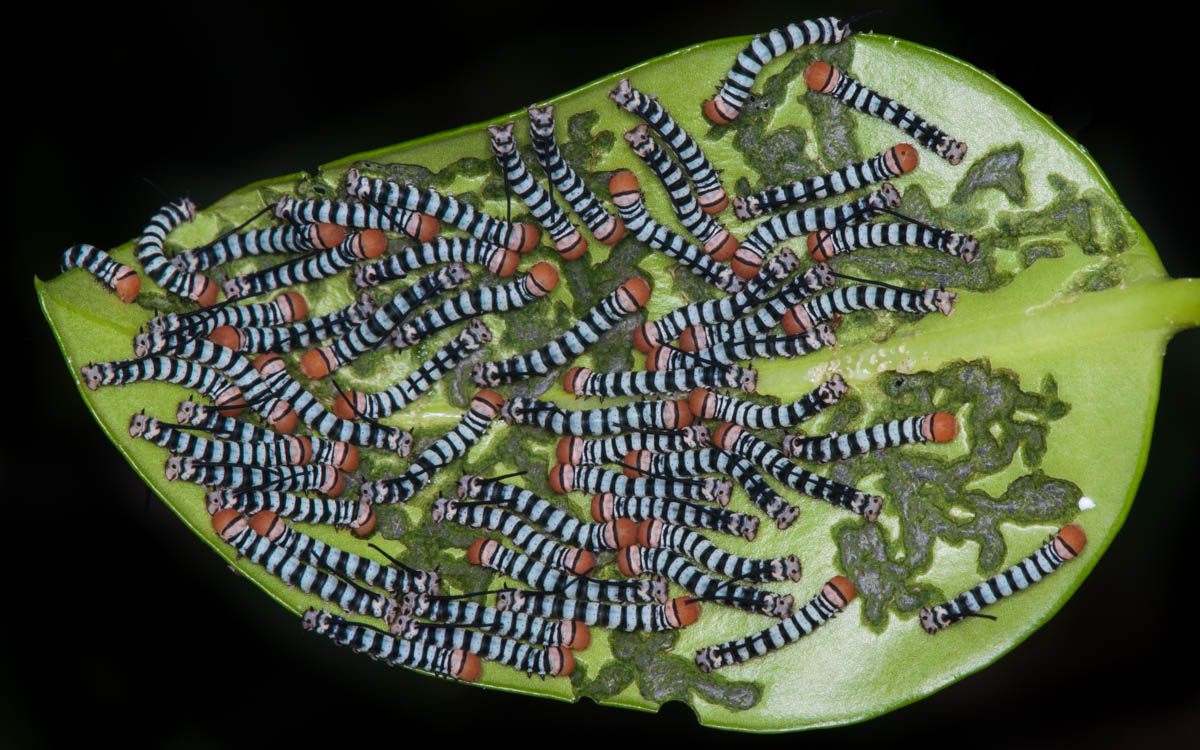 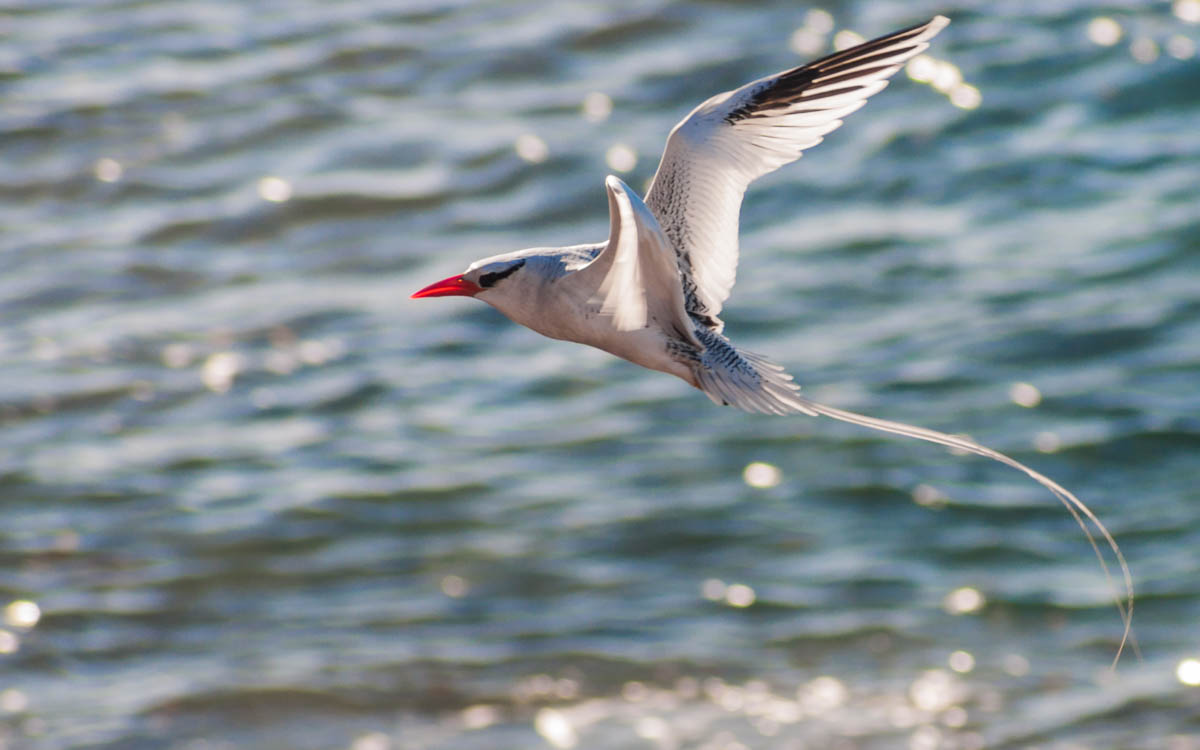 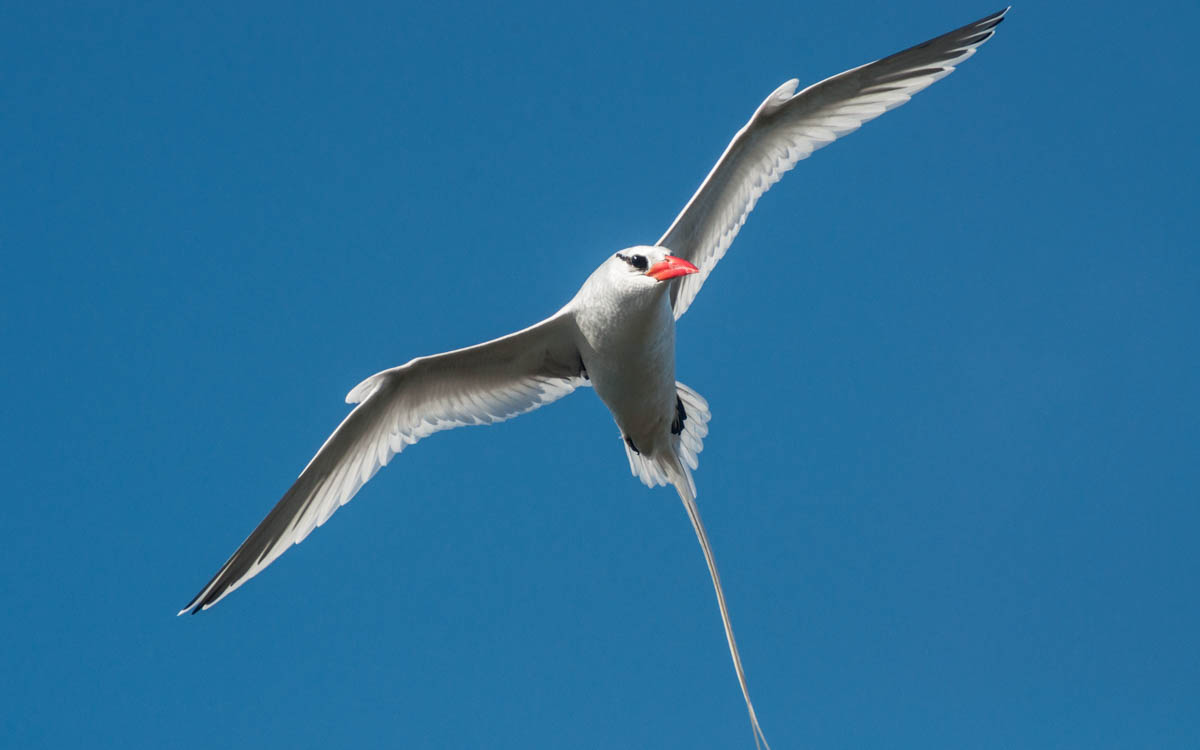 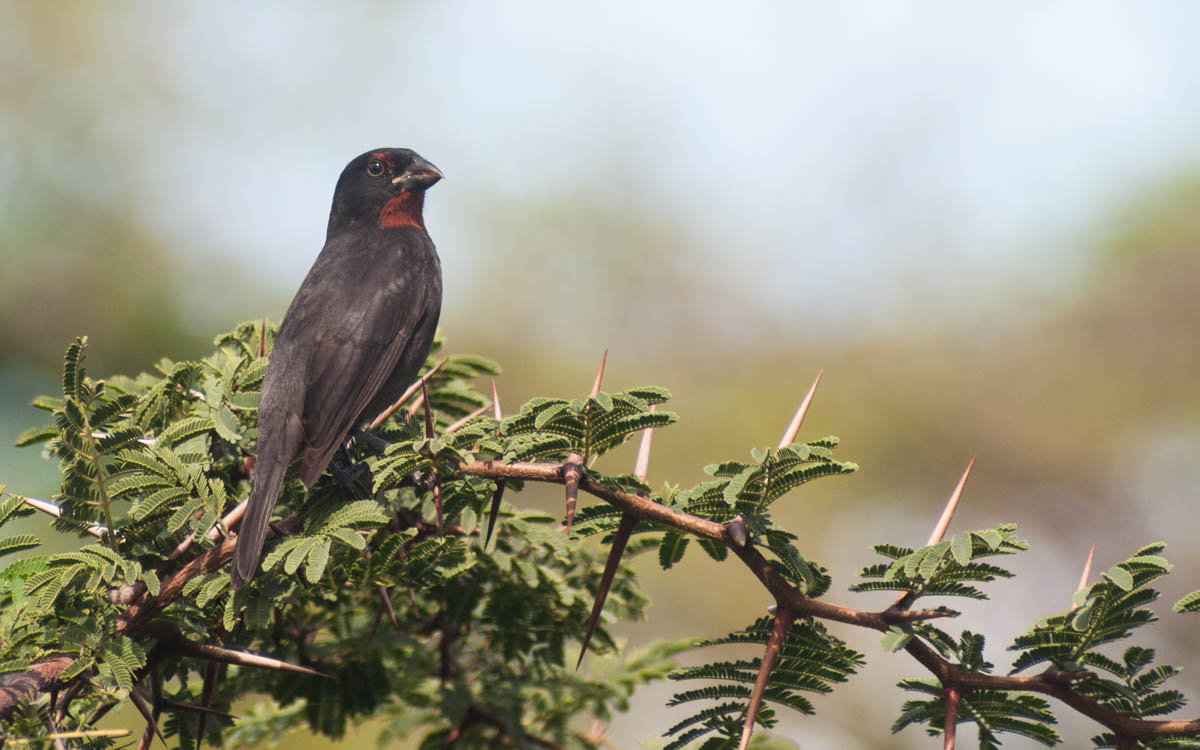 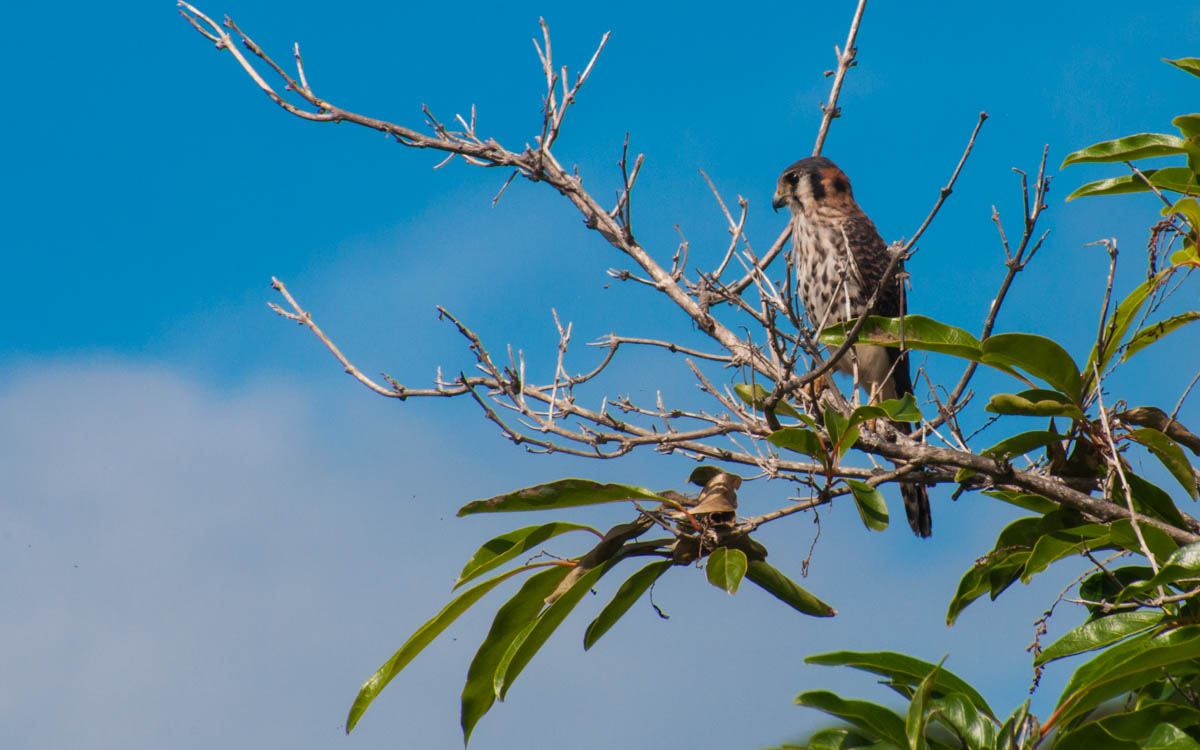 For 2015, we are launching a new column in The Daily Herald’s Weekender section. The column is called Wild Statia, and it will be all about the wildlife of the island, the island itself and the process of researching and writing our book about the wildlife. I know that my experiences on Statia so far have been amazing, so if I can convey even a little bit of that, the articles should be interesting. The articles will alternate with the SXM Bird Watch column.

On my first afternoon on Statia, Hannah and I spent some time on the beach at Zeelandia. The small cliff along the beach was very intriguing, with a layer of white pumice pebbles half a meter thick. Although we were ostensibly scouting for seabirds and any shorebirds that might be on the beach, we quickly turned to smaller creatures.

Like eastern-facing beaches on St. Martin and elsewhere in the Caribbean right now, Zeelandia beach is besieged by sargassum, the free-floating seaweed that the Sargasso Sea is named after. It seems that changing currents have brought these algae from their normal North Atlantic home in several recent years. Although unsightly and often smelly as it decomposes, the sargassum provides food for booming populations of amphipods. 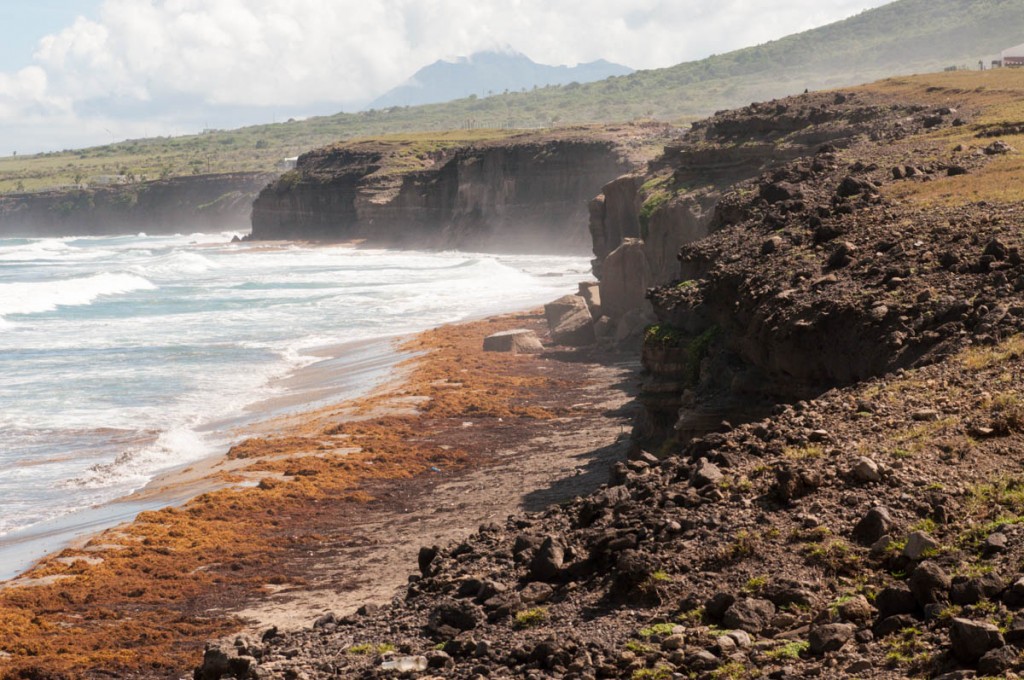 In shallow depressions on the beach full of sea water, the amphipods were swimming and then emerging onto land amongst the algae. Their transition from graceful swimming to slightly awkward hopping and crawling on land made it feel like I was watching early life emerge from the ocean to finally colonize the land. 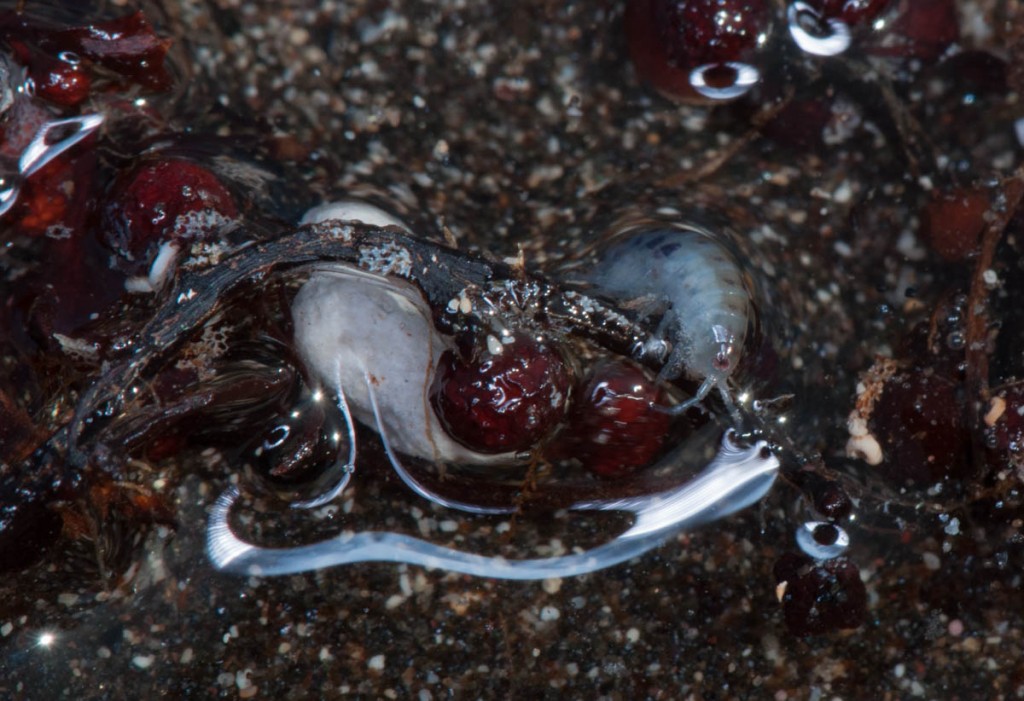 Amphipods emerge on land like it’s the first time.

The soft, almost muddy cliff face at the edge of the beach turned out to be the home to many spiders and other arachnids. There were one or two species of large wolf spider, a couple species or color variations of jumping spider, an orb weaver and a few other small spider species. Some type of predatory mite was spearing tiny invertebrates, and we found giant pseudoscorpions ten times the size of any I had seen before (but still less than a centimeter long). It felt very much like exploring a cave, albeit a cave with just one wall.

Spider on the beach. 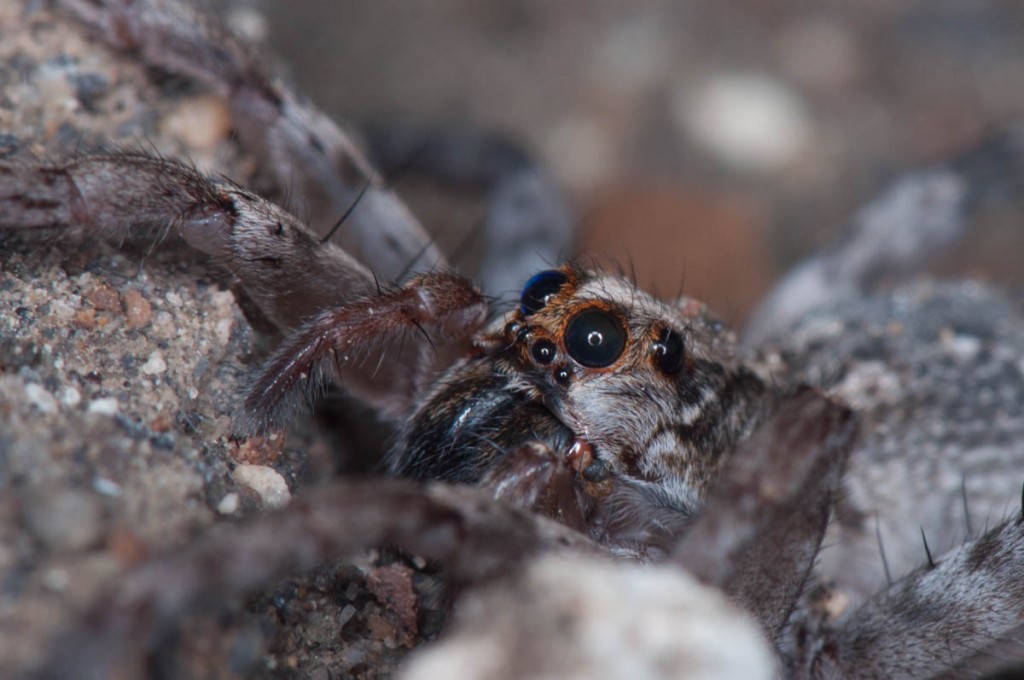 Spi-i-der eyes are watching you, they see your every move. 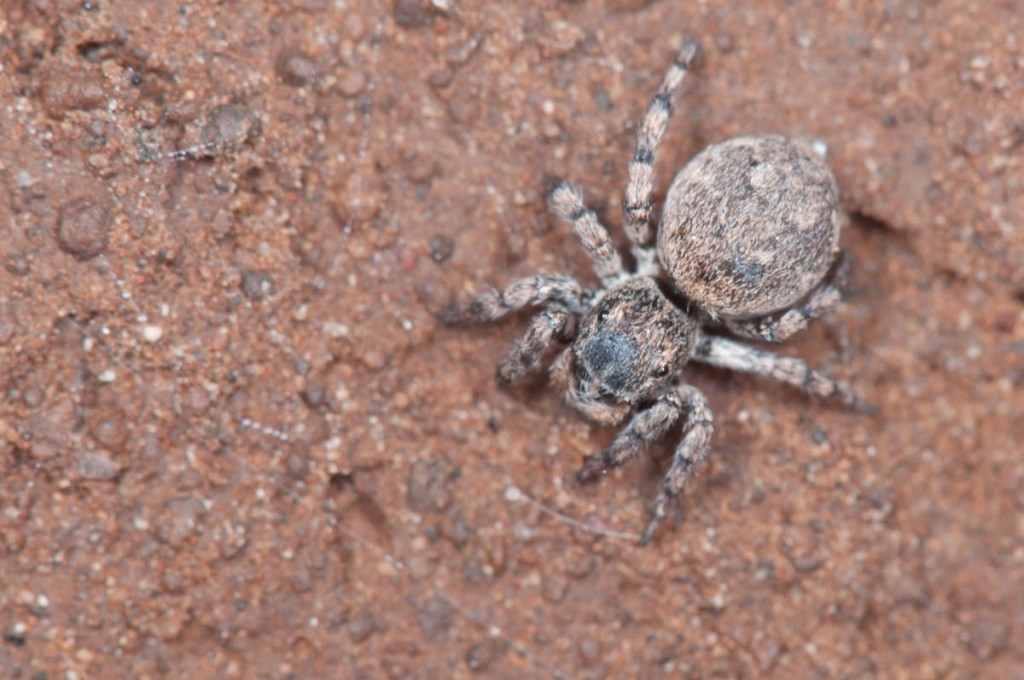 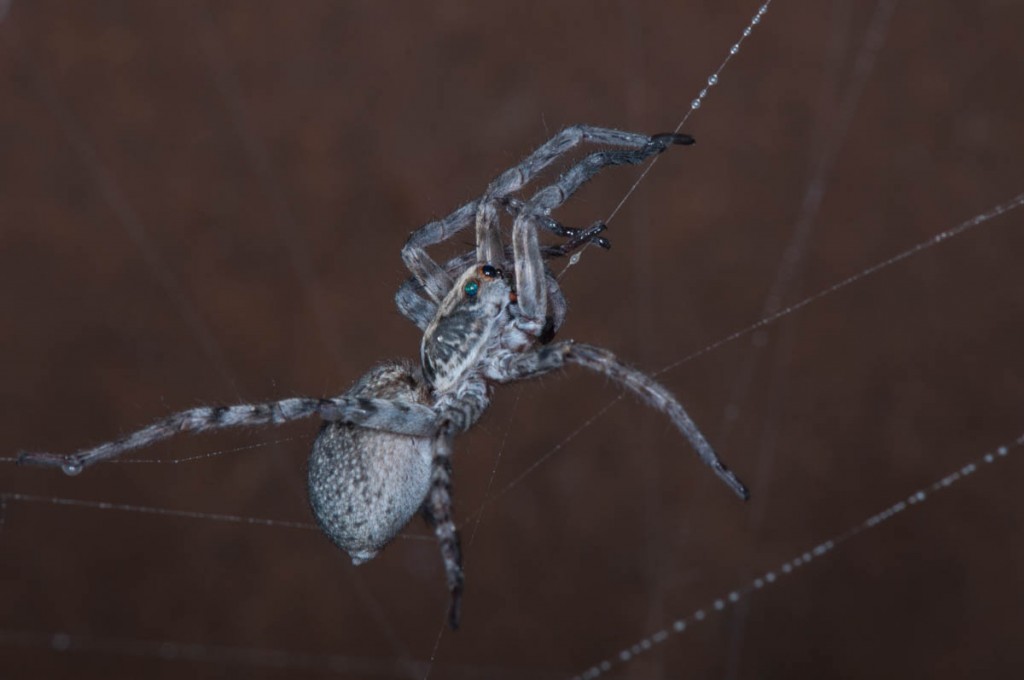 A wolf spider climbing another spider’s web during the day, because why not? 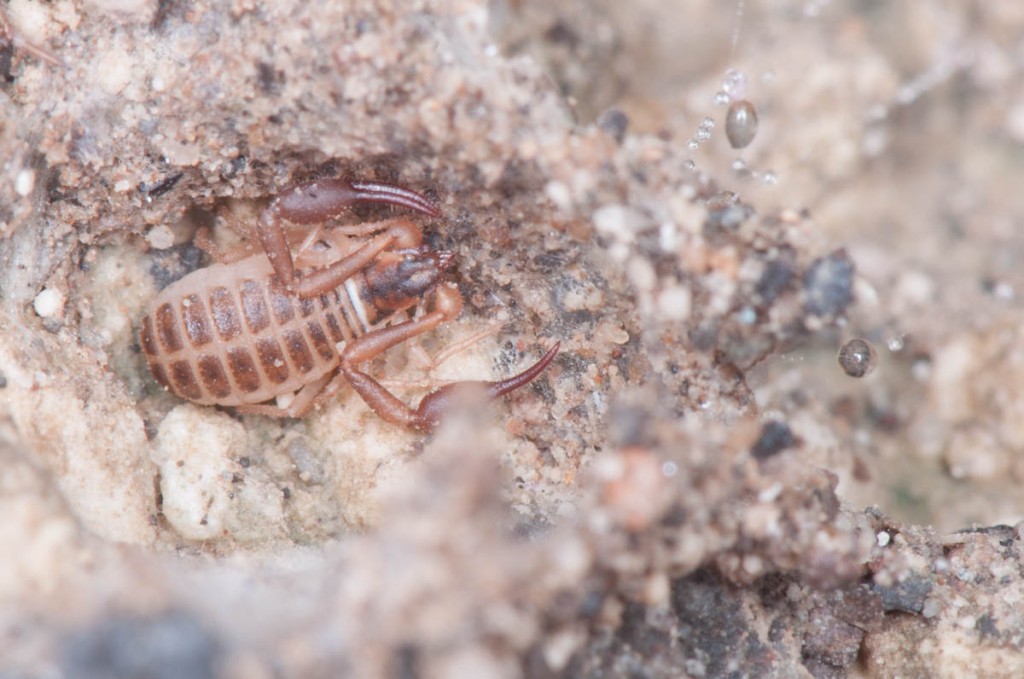 We found mystery burrows with silk and sand doors, cliff-side ant nests and a few other natural mysteries. There were, of course, some Red-Billed Tropicbirds incubating eggs in nests on the cliff face and we even saw an Osprey momentarily as well. 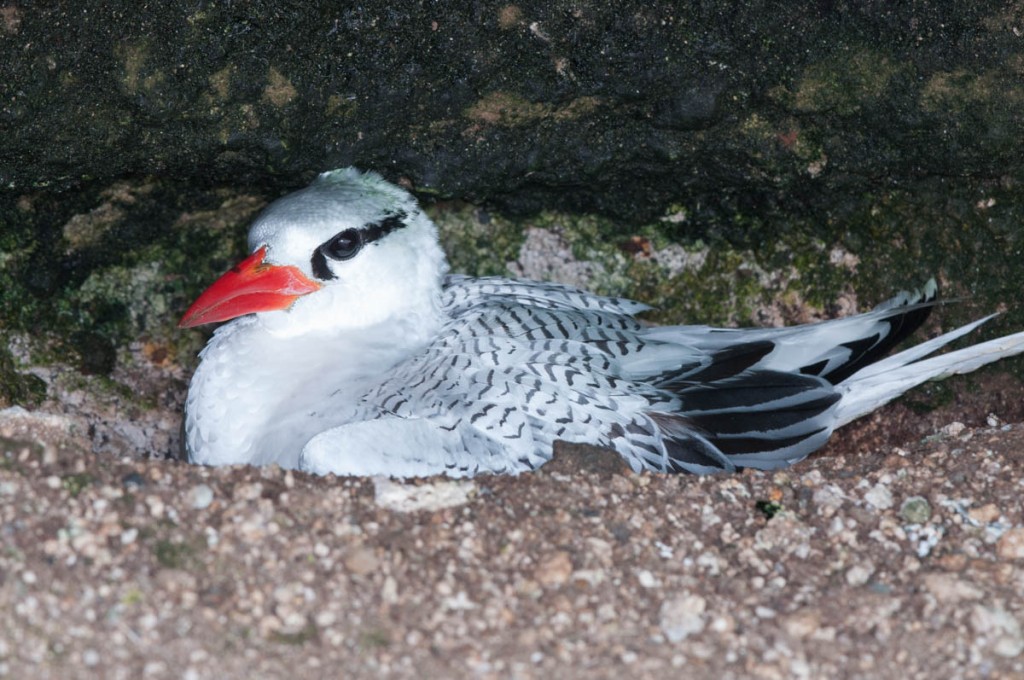 A Red-billed Tropicbird incubating its nest.

Welcome to the our new website, where we will be featuring the fascinating and unique wildlife of Statia and giving updates on our progress as we research, write and publish the first guide book to the wildlife of this amazing island!