Even eating machines need a way to defend themselves! On Statia, a wide variety of defense techniques are used by various species, and these caterpillars have their own approach to staying safe: 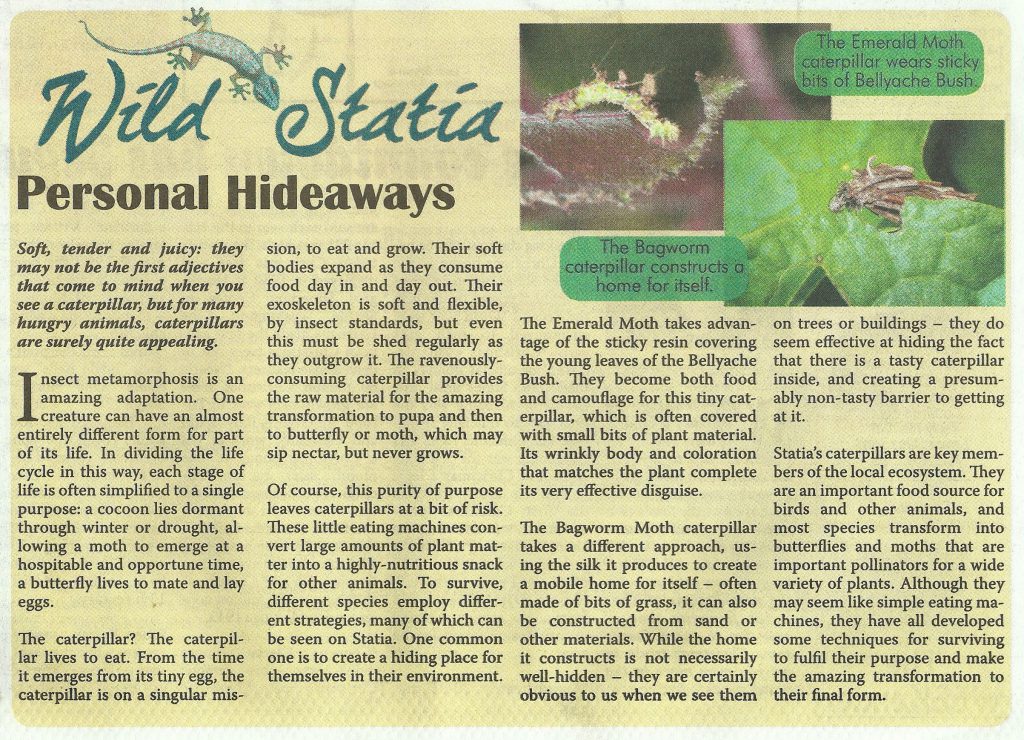 In some ways, taxonomy is the art of keeping things organized in a world where our knowledge about animals and how they are related to each other is always changing. In Statia, and the Caribbean in general, the story of our fauna is still being written, and the names of the characters are still subject to change: 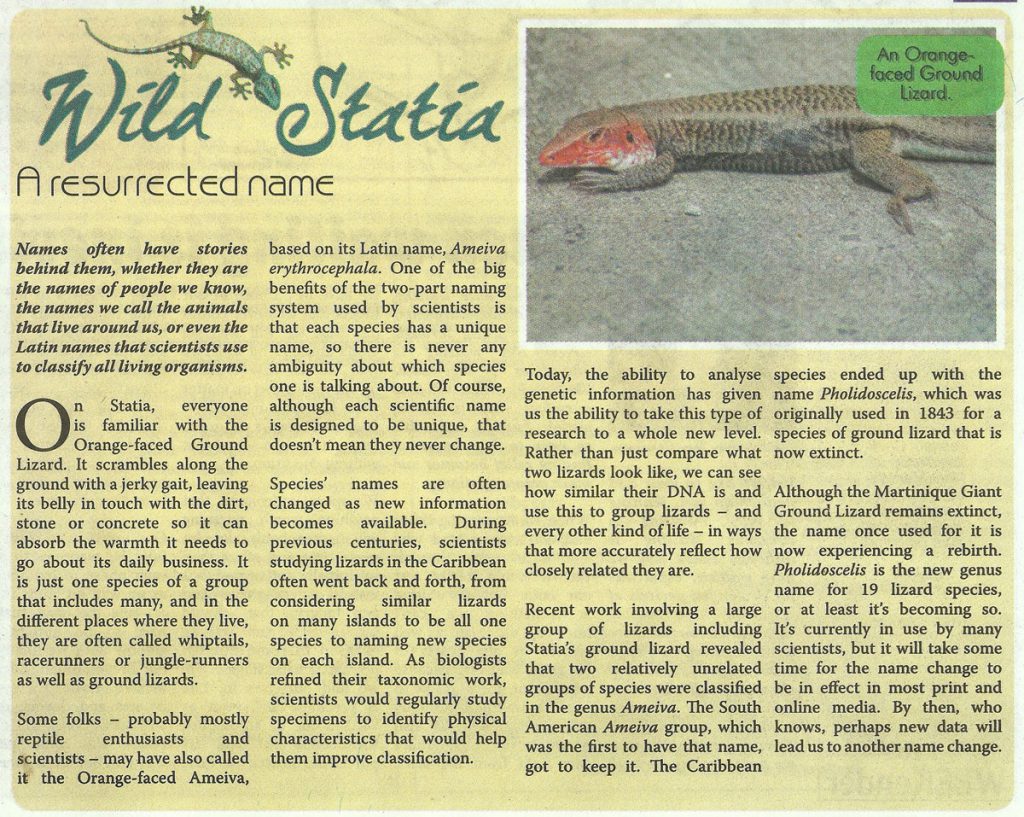 A large percentage of the bird species that have been observed on Statia are, broadly-speaking, wetland species. On an island with no lakes or rivers, how can that be? In this week’s Wild Statia, we make some sense of what seems to be a conundrum. 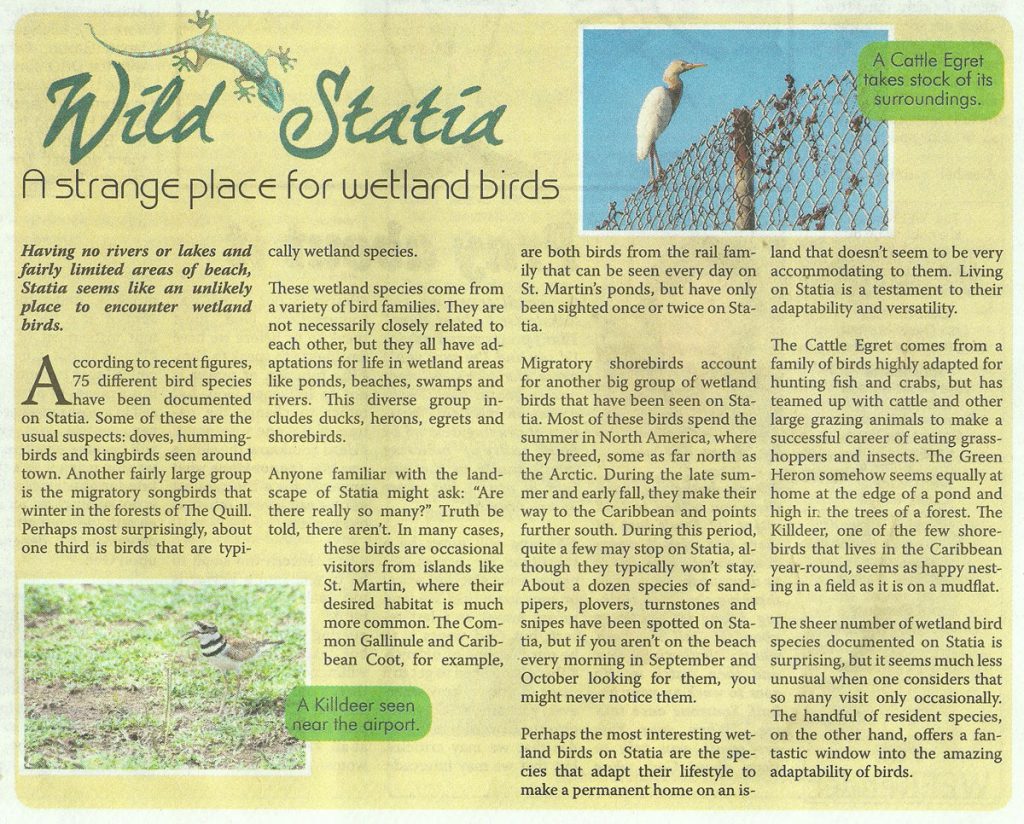 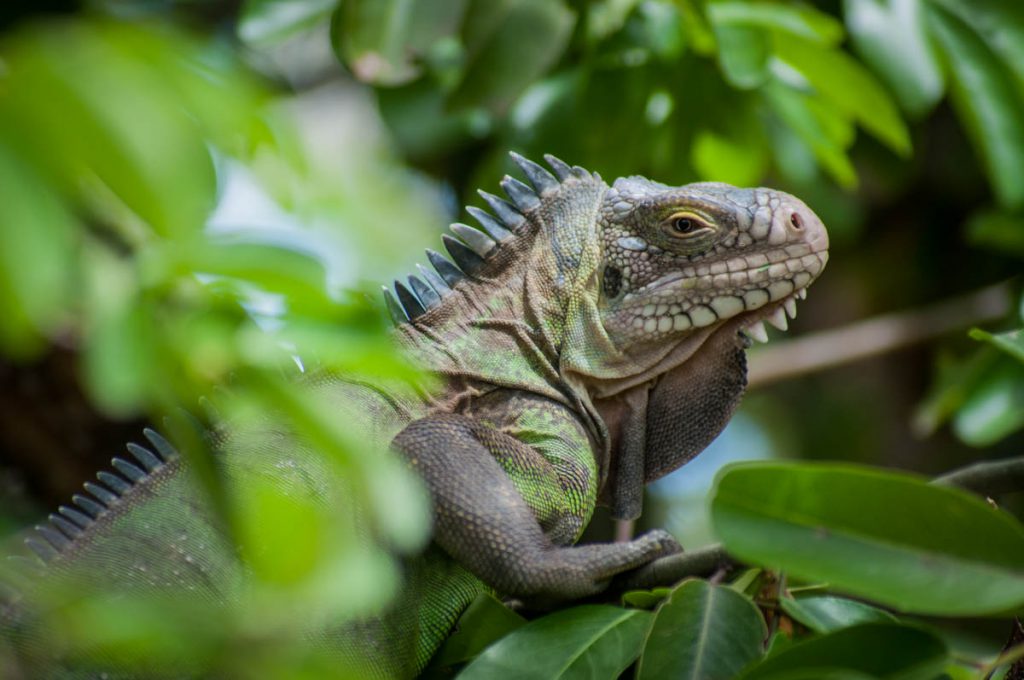 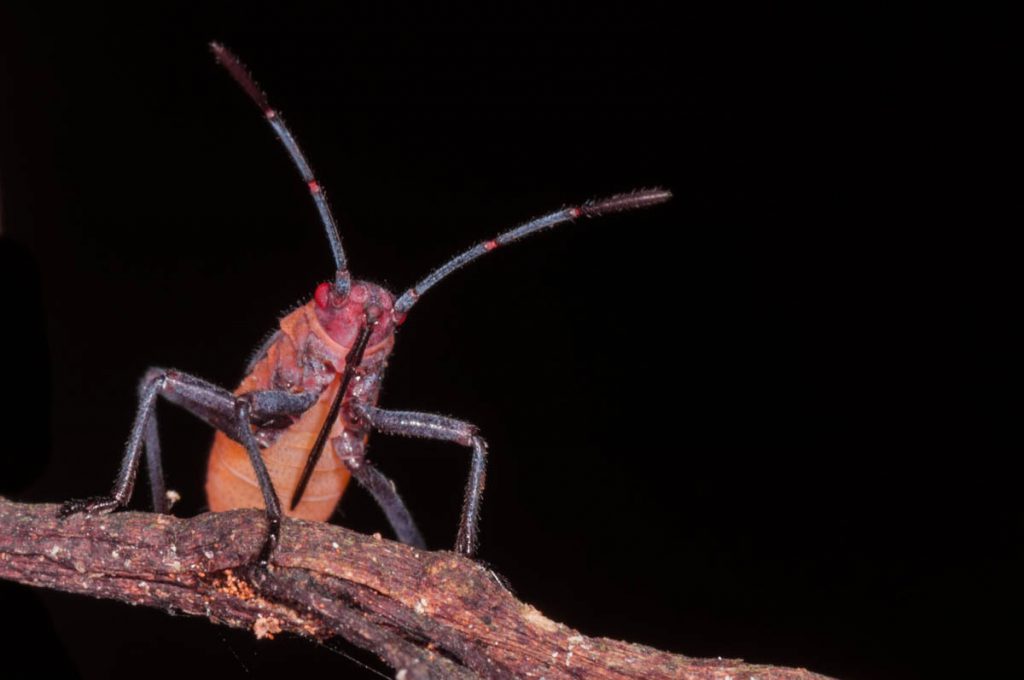 This week, take a little trip through the food web on Statia, from a favorite tree to a beautiful moth, a painful predator and one of my favorite birds. If you want to follow along in real life, there are a couple gorgeous Gaïac trees in the Jewish cemetery. 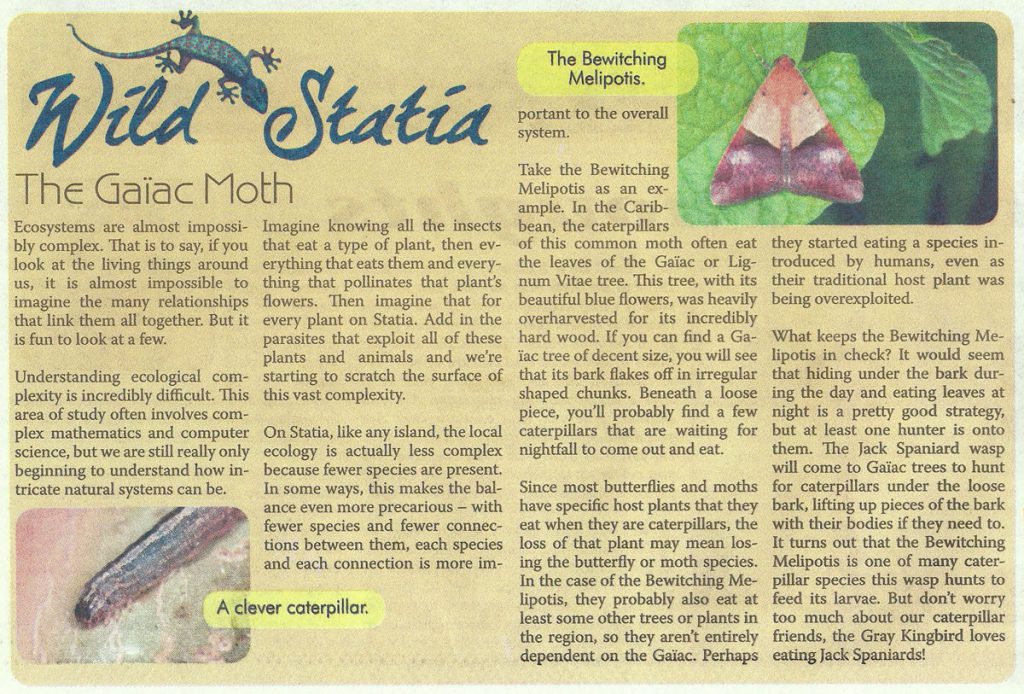 The insect world is full of things that are strange, beautiful and terrifying. This week in Wild Statia we focus on a critter that is all three. Admirers the finely-tuned results of millions of years of evolution and designers of terrifying movie monsters please take note. 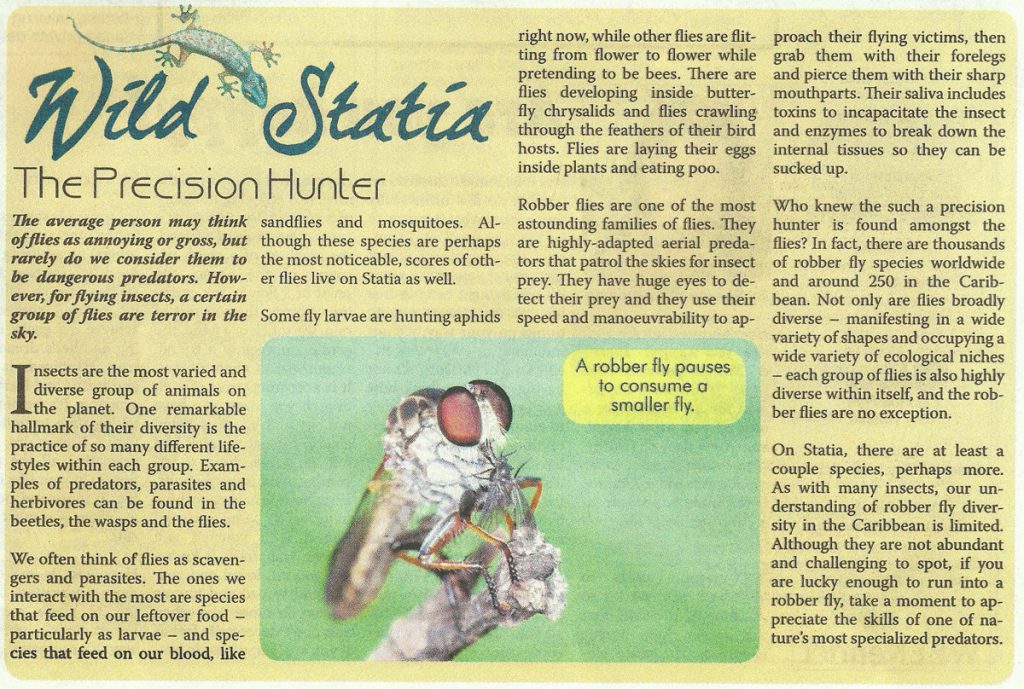 This week, we take a closer look at the fab 400,000: the beetles! They’re the most diverse group of living things on the planet and there are plenty on Statia. 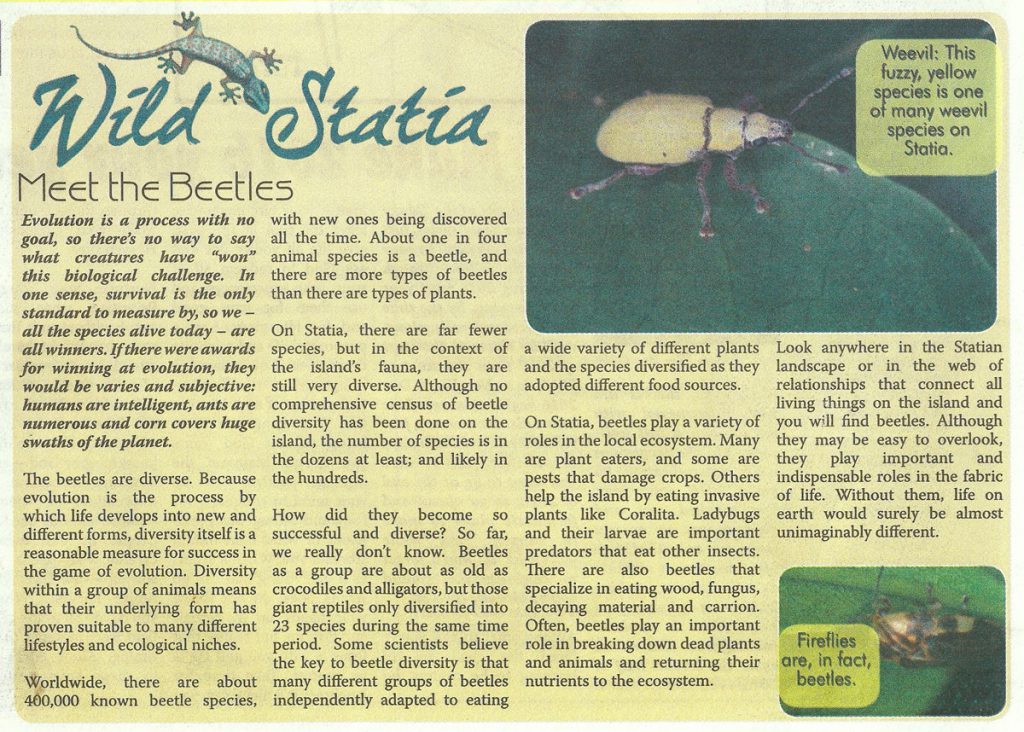 A gristly tale, but also a great example of the complexity of ecosystems and how the relationships between organisms keep our living world in balance. 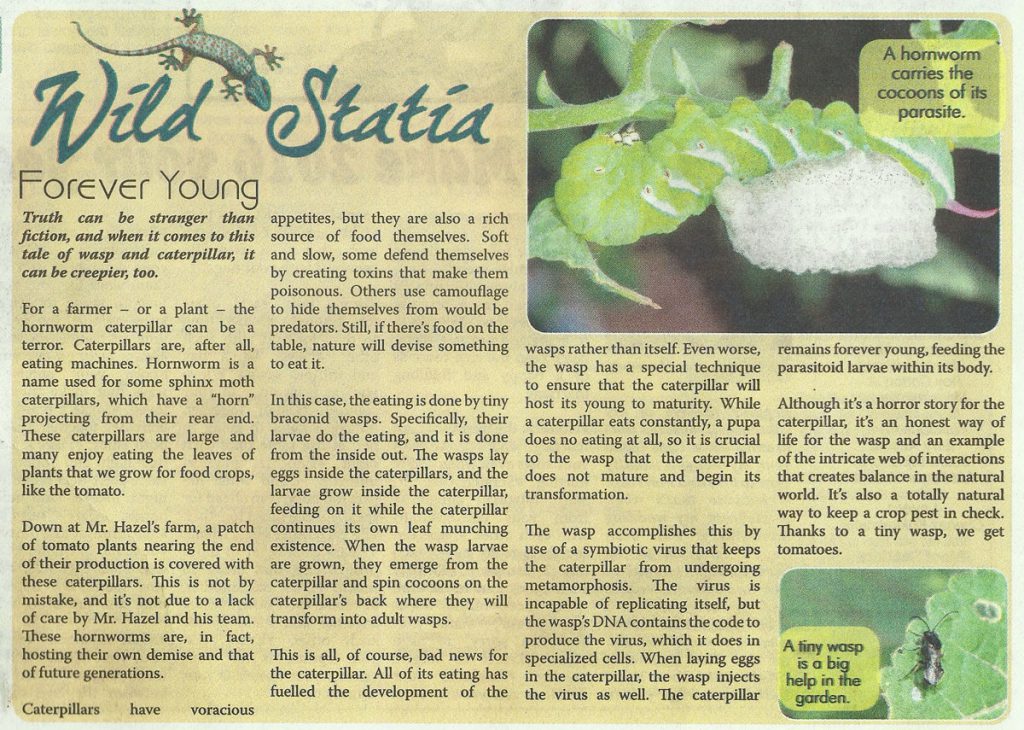 Micromoths are about what you would think they are: tiny moths. Many species can be found on Statia, but they are notoriously difficult to identify. 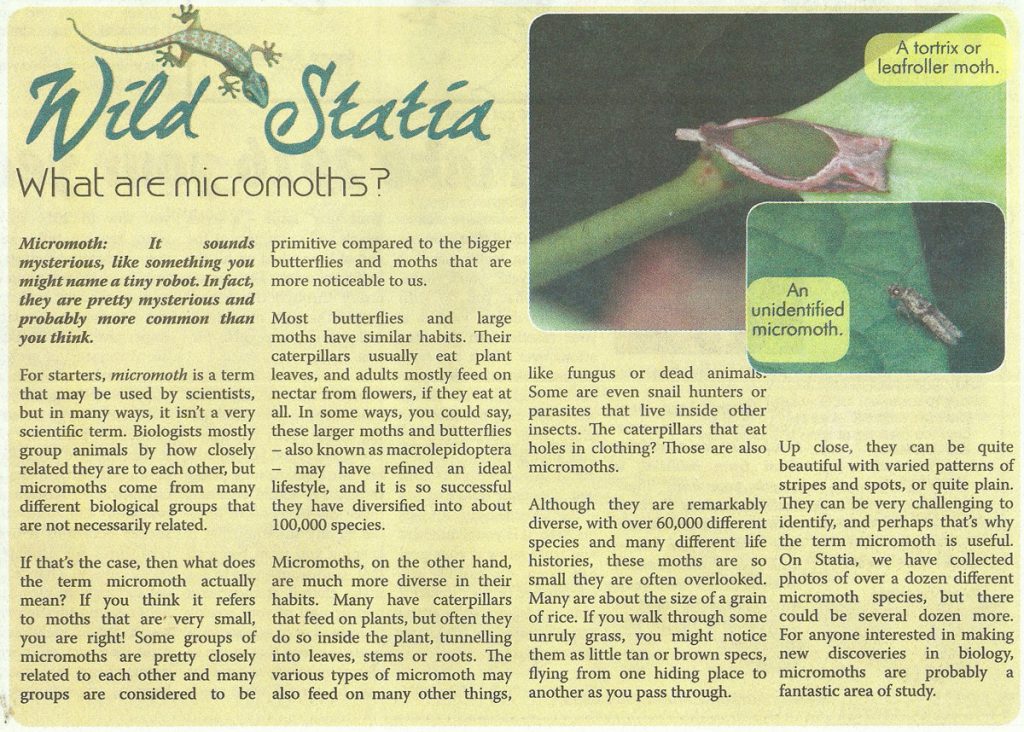 Something a little different this week, some thoughts about the process of refining the raw materials into a worthwhile wildlife guide: 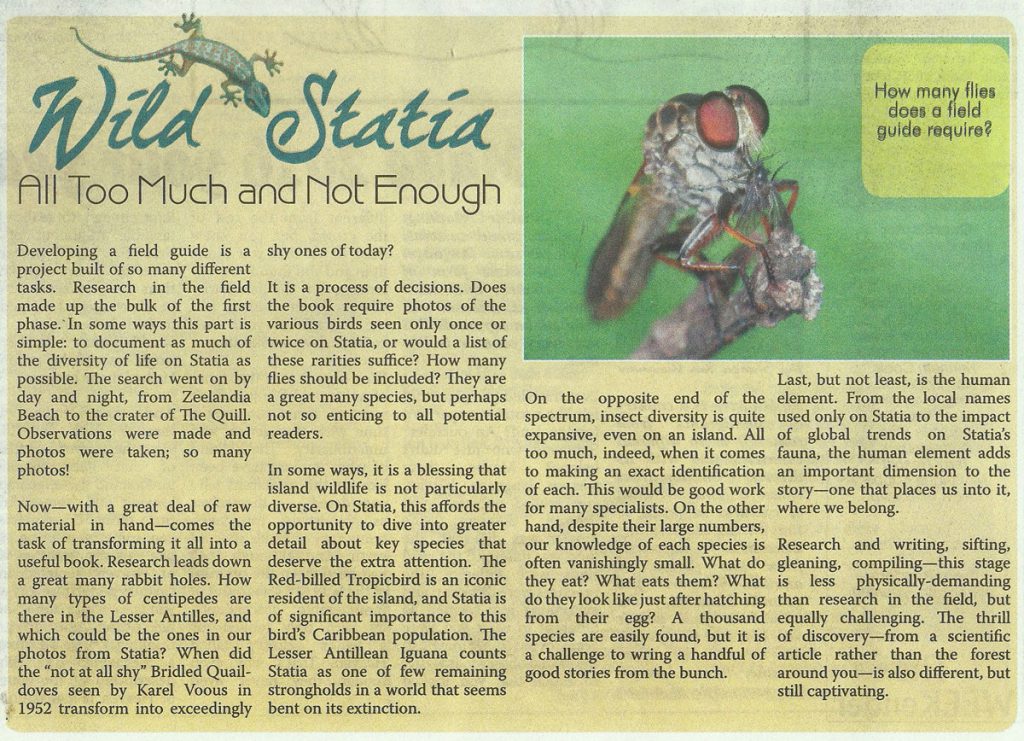